Skuas
Piratical birds, gaining much of their food by stealing it from other seabirds, skuas make a very small family with just four northern hemisphere species (all regularly seen in the UK, two breeding) and a few similar southern ones. Skuas can be divided into two main types, the ‘great skua’ kind which are large, broad-winged and mottled brown and the rest, which are more slender, long-winged and have distinctive tail projections. These (including the Arctic skua) are unusual among birds as they appear in two or three plumage forms (‘dark’, ‘intermediate’ and ‘pale’).
For more information click here

Gulls
Small to large seabirds, many of which also live inland for at least part of the year; some are strictly marine. Most are grey, black and white when fully mature, but extensively marked with various shades of brown during from one to four years of immaturity.
They have long, slim wings and can fly exceptionally well, but also strong legs, which give them reasonably good mobility on the ground. They swim buoyantly and often resort to water to roost at night.
For more information click here

Terns
Small to medium birds, mostly smaller and slimmer than most of the gulls. There are two main groups, the ‘sea’ terns (not always strictly marine), which look pale grey and white except for a black cap in summer, have long tail streamers and dive to catch fish, and the ‘marsh terns’, which are blunt-tailed, almost black underneath in summer, and dip to pick their food from the surface without diving. All are migratory, often seen outside their breeding areas in spring and autumn, but absent from Europe in winter.
For more information click here 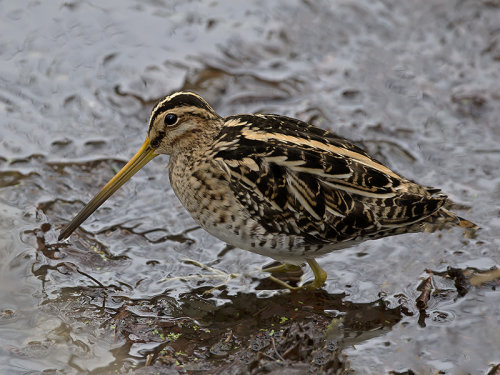