Falcons.
Falcons are small to medium-sized birds of prey with tapered wings and tails, including the kestrels, which hover while searching for food, and the larger, peregrine-like falcons, which are fast-flying, agile and dramatic.
Some are regular migrants, including the lesser kestrel and red-footed falcon, which breed in southern and eastern Europe but winter in Africa; others roam more randomly, such as the peregrine.
For more information click here

Hawks and Eagles.
All have sharp, arched claws, large eyes and short, hooked bills with a small notch on the cutting edge.
Hawks include the bird-eating hawks such as the sparrowhawk, with broad, rounded wings and long, slender tails; and the buzzards, mostly larger, longer-winged, substantial birds, which use broad wings for soaring.
Eagles of similar size or larger (white-tailed is one of Europe’s largest flying birds) with deep, arched, sharply-hooked bills, long, strong, curved claws.
For more information click here 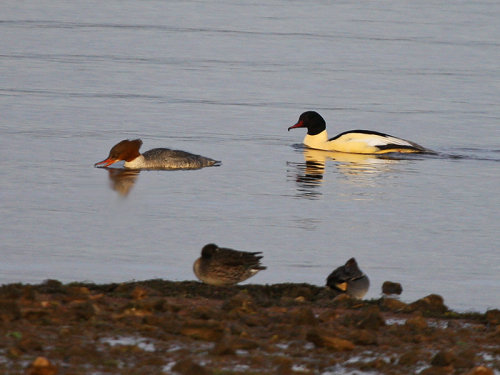